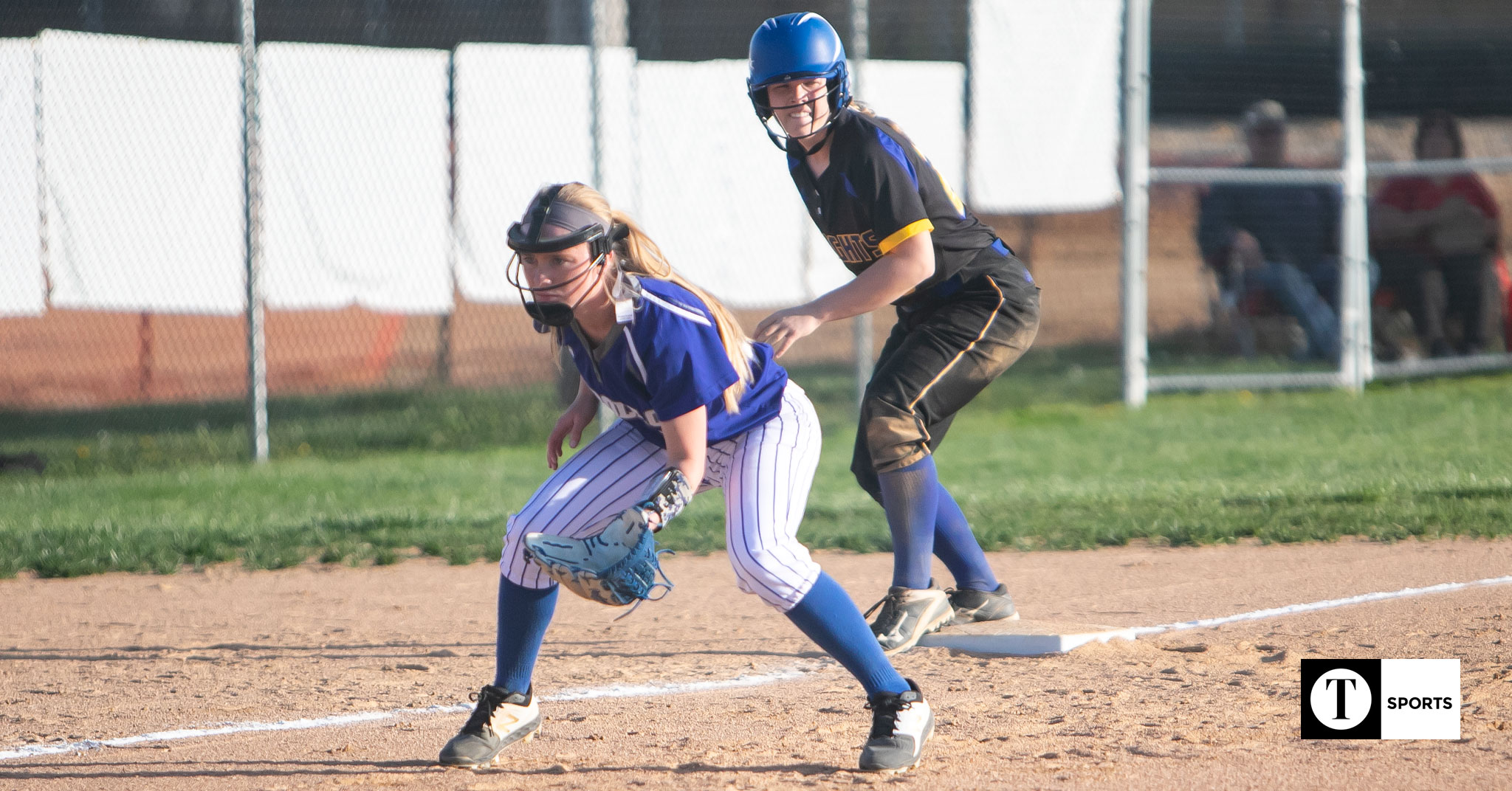 The Apollo softball team fell behind early and never recovered in a loss to Castle. | Photo by Ryan Richardson

BASEBALL RECAPS
Owensboro Catholic 4, McLean County 0
After five innings of no scoring for either side, the Aces (9-6) broke the stalemate when Luke Scales doubled to drive in Luke Evans. Catholic added three more runs and came away with the 3rd Region All “A” Championship at Hancock County.

After a single by Andrew Wiman, Finley Munsey drove in Scales and reached on an error. Wiman later scored on a wild pitch, and Hunter Small scored when Sam McFarland was hit by a pitch with the bases loaded.

Scales earned the win on the mound, giving up only two hits and two walks while striking out five in a complete game.

Mason Grant, McFarland and Scales were named to the All-Tournament team.

Apollo 4, South Spencer (Ind.) 1
The Eagles (7-5) took advantage of a couple of early South Spencer errors, and Apollo never trailed after scoring two runs in the top of the second inning for a fourth consecutive road win.

Trevor Payne was the first to cross the plate on a passed ball, and Harrison Bowman scored on a wild pitch for a 2-0 lead. South Spencer got a run back in the bottom of the inning.

Apollo’s other runs came off an error by the catcher and another passed ball. All five runs in the game were unearned after a combined seven errors (two for Apollo).

Evan Hodskins had two hits and Jakob Helms had a double. Daylin Crabtree got the win on the mound, giving up three hits and two walks while striking out seven in a complete game.

SOFTBALL RECAPS
Castle (Ind.) 15, Apollo 2 (5 innings)
The E-Gals (5-7) fell behind early and were never able to recover at home against Castle, who outhit Apollo 16-3. Castle scored six runs in the second inning and added five in the fifth.

Madison Shemwell and Brooke Brown each collected a hit and scored for the E-Gals, and the other hit came from Abbie Gore. Keely Eans took the loss, giving up 10 runs on 11 hits and striking out five through four innings.

Hancock County 15, Trinity 1 (5 innings)
The Lady Raiders (2-11) couldn’t get much going at home and Hancock County used a 10-run fourth inning to secure a win for the 3rd Region All “A” Championship.

The Lady Hornets (12-2) only had nine hits but drew seven walks, and they used five runs in the third inning to take a lead. Trinity answered with one run in the fourth when Katherine Hibbitt grounded into a fielder’s choice to score Savannah Aull.

Hibbitt also had a double, and Aull had two hits. Nina Wathen took the loss, going 3.0 innings and giving up seven runs on four hits.