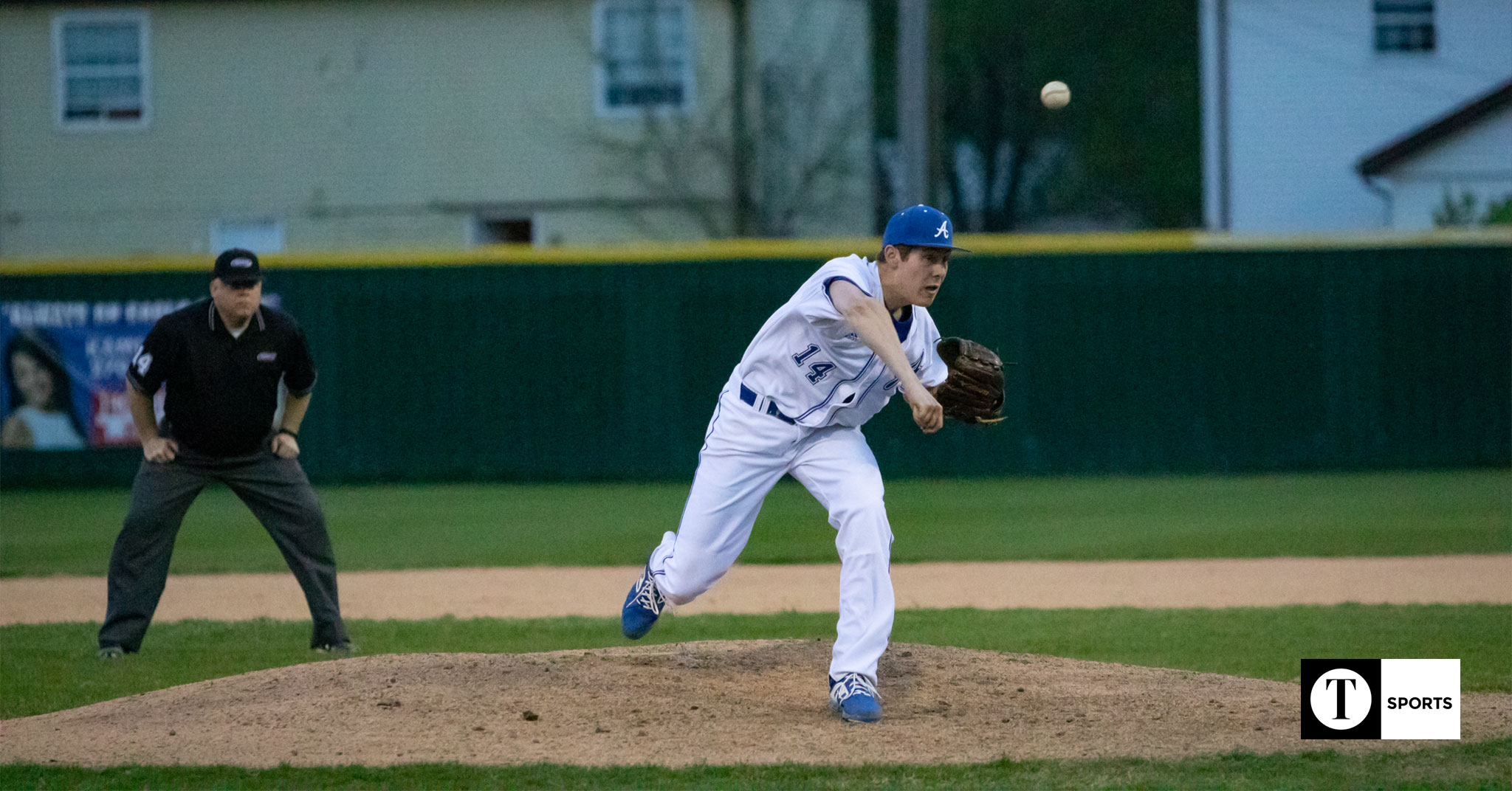 BASEBALL RECAPS
Apollo 12, Grayson County 2 (5 innings)
The Eagles (8-5) scored seven runs in the first inning and never looked back in a five-inning win at home, earning their fifth consecutive victory and seventh in eight games.

It was truly a team effort, as nine different players collected hits and 11 different runners crossed the plate. Jakob Helms was the only player two score twice, and he also had two RBIs.

Dan St. Claire and Noah Stewart also each drove in a pair of runs, while Stewart and Evan Hodskins each recorded two hits. Stewart and Hodskins both doubled, and Helms had a triple.

Winning pitcher Tommy Clark went all five innings, giving up seven hits and also striking out seven while walking only one batter.

Trinity 13, Cannelton (Ind.) 3 (6 innings)
The Raiders (4-8) were hot at the plate and used 14 hits to power their way to a six-inning win at home. They scored three runs in the first and added five in the second for an 8-2 lead, and a three-run sixth frame wrapped up the victory.

SOFTBALL RECAPS
Trinity 8, Edmonson County 3
The Lady Raiders (3-11) used four runs in the sixth inning to pull away and come out with a 12th District victory at home. Trinity took an early lead with a run in the first frame, then scored again in the fourth to tie the game at 2-2 following a pair of Edmonson County scores.

A couple of extra-base hits in the fifth put the Lady Raiders in front 4-2 before they capitalized on some errors by the Lady Cats in the next inning.

Hibbitt got the win, giving up three runs on six hits and striking out five in 6.2 innings.

Tecumseh (Ind.) 10, Apollo 4
The E-Gals (5-7) led for six innings at home, but Tecumseh used a grand slam and seven total runs in the seventh to come from behind to win. Apollo scored two runs in the first and one each in the second and fourth innings before Tecumseh responded with three in the fifth.