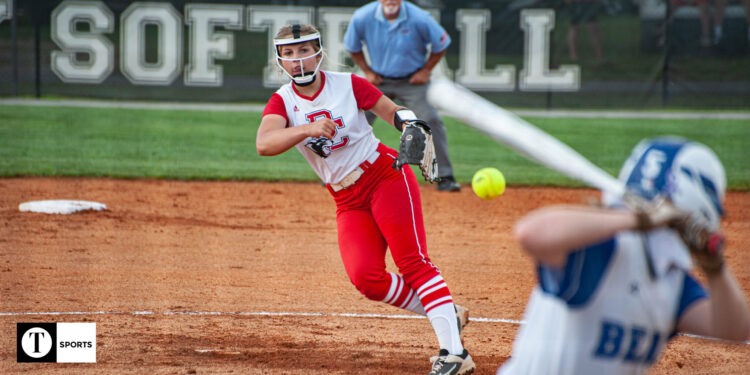 Daviess County didn’t waste any time in getting on the board in Monday’s 3rd Region Tournament and despite some empty at-bats late in the game, cruised to the 11-3 win over host Butler County to set up a battle with Hancock County Tuesday for the title.

DC was in prime position to head home early as it led 10-0 in the bottom of the fifth but the Lady Bears extended the game to the full seven. The Lady Panthers then did what they needed to down the stretch to propel themselves to the championship.

Jessie Daniels got the offense started when she hit a two-run home run in the top of the first to put the Lady Panthers on the board.

DC coach John Biggs and his squad have made it a point to set the tone early but he said Monday’s first inning meant even more.

“I think that was double important in this game since we were batting first,” he said. “If we go up there and go 1-2-3, all of a sudden, that momentum shifts. You’ve got the home crowd and probably a lot of other people that are going to get involved in rooting against us. That was big. I thought that was huge. It was not so much we scored runs, it was just getting runners on base.”

Daviess County led 4-0 going into the fourth before the flood gates opened and they scored six to take a 10-0 lead into the fifth.

“It’s an old cliche and they say it all the time but hitting is contagious,” he said. “All of a sudden the ball seems to be a little bit bigger and people are putting it in play. We’re capable of that and I think we’re averaging 7-8 runs per game but we know if we can do that, we’re not giving up too many. That’s a confidence builder.”

The Lady Bears came to the plate in the bottom of the fifth down 11-0 as they needed at least a pair of runs to extend the time.

Timely hits for Butler County got the two runs it needed with the game not quite being finished for the Panthers.

Biggs said the Lady Bears put hits together just like they did earlier in the game.

“Some of those, that’s how we got our runs,” he said was the message to his team. “They didn’t win 30 games not scoring runs. Let’s regroup. Then we went back out there and didn’t have some quality at-bats.”

Butler added one more in the sixth but they couldn’t find a hot streak as they fell 11-3.

Biggs said he thought they could have had better at-bats in the final few innings but he knew his other areas would step up.

The win propelled Daviess County to the 3rd Region Softball Tournament championship as they’ll take on Hancock County at 6 p.m. Tuesday in Morgantown.

The Panthers edged Hancock 1-0 on May 11 where an RBI by Katie Mewes was the winner for DC.