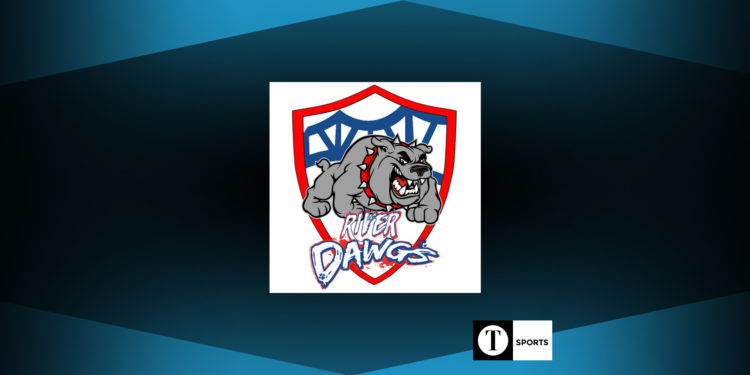 The Dubois County Bombers set the tone for the series in Game One, defeating the Owensboro RiverDawgs 13-3.

Dubois County took off right out of the gate, stringing together five runs in the first two innings of play.

Two walks and a single left the bases loaded to start the bottom of the first, before an error led to a 1-0 lead for the Bombers.

Mason White singled to center the following at-bat, bringing home two to take a 3-0 lead into the second.

Dubois County continued to capitalize on blunders from the RiverDawgs, taking advantage of a hit by pitch with an RBI double from Ben Wilcoxson to start the inning.

A single followed before Wilcoxson scored on a sacrifice fly from Drew Taylor to secure a 5-0 lead going into the third for the Bombers.

Meanwhile, Owensboro hadn’t found a way to crack David Ellison on the mound. Ellison had thrown five innings of shutout ball and was cruising until the sixth inning.

Back-to-back singles from the top of the sixth followed by a sac bunt from Ben Clark put runners in scoring position for Bailey Falkenstein. He came through with a single of his own, driving in two to cut the RiverDawgs deficit to 5-2.

However, Dubois County put a halt to any possible momentum change by putting up five runs in the bottom of the sixth.

One run scored via a walk and a wild pitch, while a pair of hits including an RBI double from Adam Euler capped off the inning to give the Bombers a 10-2 lead.

Lucas Gulczynski tripled to leave Owensboro trailing 10-3, with Ellison wrapping up his day on the bump two batters later.

Ellison finished the day with six and one-third innings pitched, allowing three runs on eight hits,  while striking out seven.

While the RiverDawgs were trying to chip their way back into the game, the Dubois County Bombers put a bow on their offensive showcase by scoring three runs in the seventh. This gave them a 13-3 lead and short-gamed Owensboro in Game One of the series.

The RiverDawgs now with their backs against the wall, will return to Chautauqua Park to take on the Bombers at 6:30 p.m. and look to force a Game Three.

Home » Sports » RiverDawgs fall to Bombers in Game One