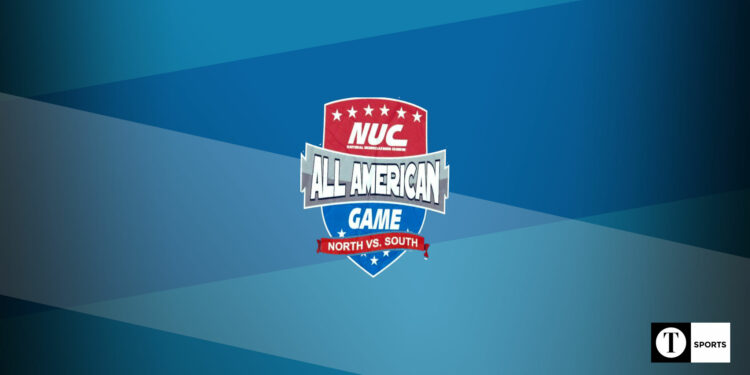 While preparing for the upcoming 2021 season, Owensboro Catholic’s Kolbe Kemper has received an invite to the NUC All-American Game.

Kemper said that the game brings the cream of the crop in high school football together for a game to showcase their talent.

The game has had high profile names like Heisman Trophy winners Johnny Manziel and Marcus Mariota participate in previous years and has been running since 2010.

Kemper said that the invite came from his efforts in middle school as well as previous accolades that he had received.

“The invite was based off of film and being a two-time Team KY FBU alum in middle school,” Kemper said. “Our eighth grade Team KY made the final eight in the country that year.”

Kemper is excited for the upcoming season with Owensboro Catholic and said that being selected for the game was an honor that he is thrilled about along with the fact that he’ll be able to compete and gain more exposure in late December.

“I’m looking forward to the opportunity to compete against top tier 2023 talent from across the US and to gain exposure for recruiting purposes,” Kemper said. “I’m hoping to showcase that I’m a quick learner and team player with my ability to break down an offense and to make reads from the safety/DB positions. Hopefully, I want to make an impact at the WR spot as well.”

Kemper said that the game will give him and other athletes plenty of coverage, something he’s thrilled to have.

“All athletes will participate in a game that will allow them to be viewed live on all 3 major social livestreaming platforms, Twitter Live, Facebook Live and Periscope Live,” Kemper said. “The game will also be streamed on nucsports.com, nucsportsmag.com and nucallamerican.com and archived as well. In 2018 the game was streamed to over 5 million viewers, including every college in the USA.”

The game will take place in December in Savannah, Georgia, but for those who can’t make the trip to watch in person can view the game online via the outlets listed above.