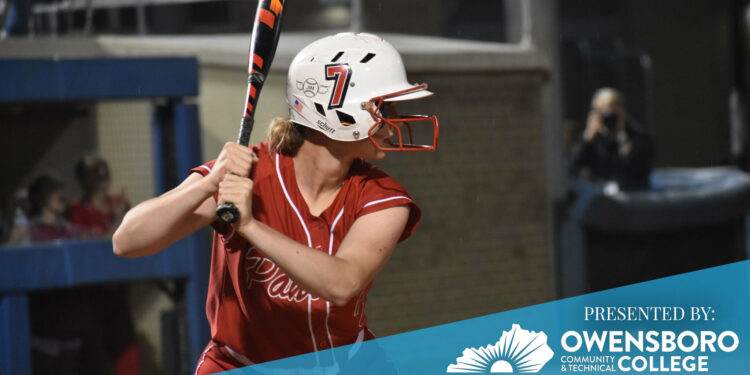 “Well, when you look at all of the talent in the 3rd region, to be named player of the year is quite the accomplishment,” Daniels said. “I am humbled just being considered. I appreciate everyone that voted for me.”

Daniels was a prominent offensive threat for the Lady Panthers all season long, posting a team-leading .467 batting average, while mashing 15 home runs and tallying 39 RBIs.

The junior first baseman said this season was about helping her team try to reach a state championship once again. So she wasn’t aiming for individual awards, but is pleased for this to be a product of her working on the mental aspect of the game.

“It wasn’t really something that I set out to accomplish,” Daniels said. “I set out to help my team win a state championship and to do that I knew I needed to fine tune my game as much as possible. I really focused on my approach at the plate and the mental side of the game over the winter and it helped me tremendously. Individual awards are awesome, but I just love being a great teammate and accomplishing what we did as a team.”

Daniels is thrilled to see that her hard work and dedication is paying off and doesn’t want to miss a step going into her senior year. Her hope is to continue to put in the time on and off the field to help be a strong leader for a much younger roster in 2023.

The growth for Daniels in her approach to the game is something that Biggs is very proud of, noting that she has been able to focus within and earn the respect of her peers amongst the 3rd Region.

“Jessie has worked extremely hard to get to this point in her career,” Biggs said. “She’s become more of a student of the game and continues to increase her softball IQ. She’s been able to block the outside noise and do what she needs to do to make our team successful. By receiving this award, it shows the respect she has earned from the 3rd Region coaches.”

Of course Daniels said that she couldn’t do it without Biggs, saying that she always has felt a high level of trust from him and has helped her have more confidence on the field. This, in turn, has led to plenty of success for Daviess County softball in recent years.

“We are fortunate to have a lot of talent at DC and Coach Biggs does a great job of managing his players and setting expectations,” Daniels said. “Constantly talking to us about how to approach the game and being good teammates. One of the main areas he helped me with was being more patient at the plate. It’s easy to be pumped up and step in the box and not be patient. He preached that to me all season.”

While Biggs was very excited to receive the honor, in a very similar light, he shared that it’s the program as a whole that has made it possible for him to win the award for the second year in a row.

“I’m very honored to receive this award, especially because it was voted on by other coaches in the region,” Biggs said. “But this award isn’t about me, it is about our coaching staff, players and everyone involved with our program. I’m very fortunate to be surrounded by people who have the same goals for this program.”

The two will get right back to work despite being less than a week into the offseason, starting with a softball camp hosted by Daviess County starting Monday, June 20. But for the Lady Panthers themselves, Daniels is ready to continue to grow as a player and leader with Raylee Roby as seniors in 2023.

“I plan to continue to fine tune my game and work harder on my defensive game during travel ball this summer and fall, but I am really looking forward to helping the younger ones develop into State Championship contenders,” Daniels said. “Our lineup will look totally different after losing eight seniors but Raylee Roby and I are up to the challenge of being leaders and continuing the success we have had over the last couple of years.”

Home » Sports » Daniels earns 3rd Region Player of the Year, Biggs given Coach of the Year for second straight season