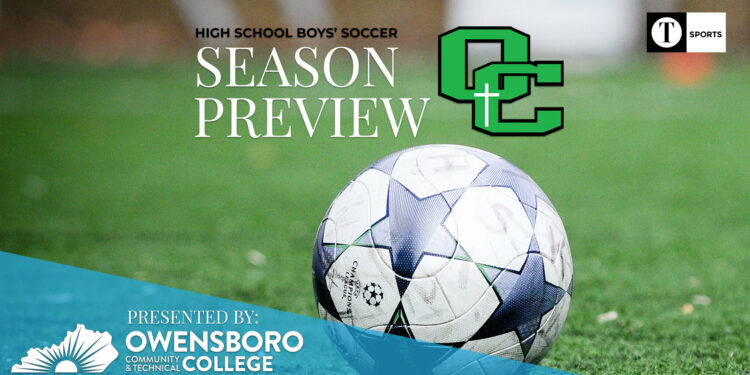 Looking to turn things around in 2022, Owensboro Catholic boys soccer will be counting on a mix of new and old faces to have a winning season.

The Aces had a rough go in 2021, owning an overall record of 4-9. And while they have lost a few key seniors to graduation, Head Coach Andy Donohoe still has a few weapons in his arsenal.

“Brody and Austin Martin, Dominic Ranallo [are key returnees],” Donohoe said. “All give us a lot of quality on the ball and will be a threat to the opposition.”

Donohoe said that Owensboro Catholic also has some solid newcomers in Joseph Kurtz and Luke Pfeifer. He said that they both have real potential and will be involved with the varsity group this season.

In practice leading up the 2022 campaign, Donohoe has emphasized patience in how they play and being efficient with the ball. The Aces are hoping to increase production on both sides of the pitch, counting on his upperclassmen to lead the way.

“We’ve talked about paving a path for this group,” Donohoe said. “We have a lot of seniors and a lot of first time players so it is a mix of experience and inexperience. The experienced players show real leadership for the group.”

Owensboro Catholic will get right to work on August 8, as they are set to host Muhlenberg County at 7 p.m. to open up the season.