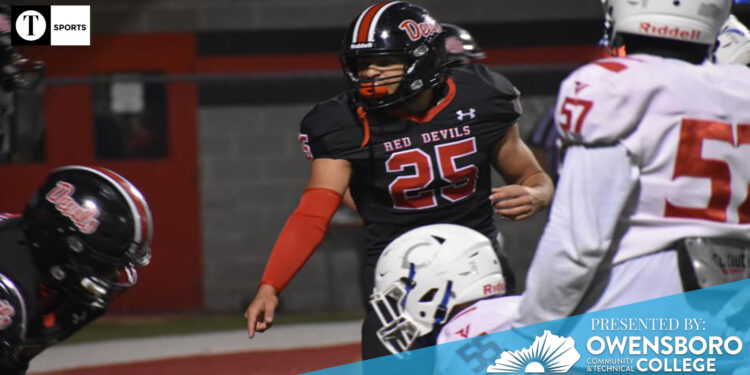 As the 2022 football campaign nears its end, the Owensboro Times is announcing its 2022 All-County teams and honorable mentions to recognize local athletes who thrived this season.

The teams and Player of the Year awards were voted upon by all the local high school coaches with minimal input from the Owensboro Times, listing 11 players on the first and second teams. Honorable mentions were given to those who had been voted for but didn’t make the first or second team.

Players were eligible to be nominated for multiple positions, but if someone was recognized for one position—and didn’t make the first or second team—they aren’t listed in honorable mentions for another.

Offensive, defensive and special teams Player of the Year awards and articles will be announced/released in the near future.