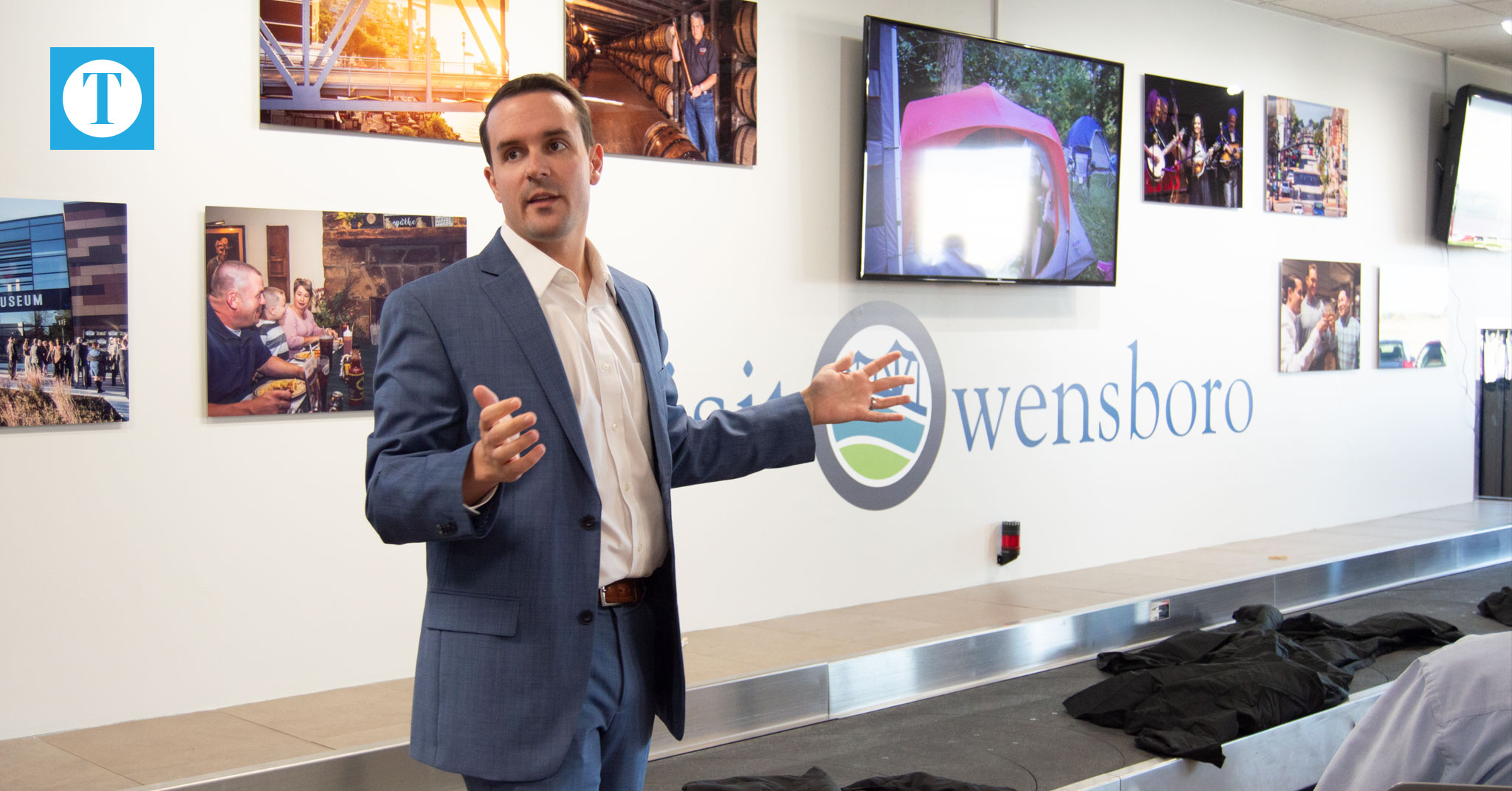 Dave Kirk of Visit Owensboro addressed the crowd at Owensboro-Daviess County Regional Airport Thursday at a press conference revealing improvements made to the airport terminal. | Photo by Ashley Sorce

The Chamber of Young Professionals along with Visit Owensboro partnered with the Owensboro-Daviess County Regional Airport to give the terminal a makeover.

CYP worked to transform the wall above the baggage claim area to include a television, which displays a video highlighting Owensboro attractions, as well as photos of notable local stops like the Western Kentucky Botanical Gardens, Moonlite BBQ Inn and Smothers Park.

“The CYP is always open to new and cool things that make our community cooler and have a better face for people that are moving here,” said Greater Owensboro Chamber of Commerce President and CEO Candance Castlen Brake.

Owensboro-Daviess County Regional Airport President and CEO Rob Barnett said Thursday’s reveal is just the first of as many as five phases planned for the future.

“When I started in Owensboro, I wanted to make sure that people coming to Owensboro knew what we had to offer,” he said. “So when people get off the airplane — 180 people — that are not from here, mostly, we want them to see what they can do.”

Barnett said he is looking to partner with Kentucky Legend and O.Z. Tyler for future projects, including transforming the hallway that passengers walk through after exiting their plane to resemble a bourbon rickhouse and adding a playground to the airport grounds.

Additionally, Barnett said the airport will see $4.5 billion of capital improvements for its runways.

“We’re very proud of our airport and we want to make it an asset for the community,” Barnett said.

A big part of that is soon opening the Nashville flight, “tying the two music cities together,” Barnett said.

Barnett told Owensboro Times in a previous interview that there are a lot of positives that come with having Owensboro-to-Nashville flights. By flying directly to Nashville, rather than driving to Nashville to fly out of the same airport, Barnett said Owensboro residents will benefit from cheaper local parking prices, save money on gas and food, and will get through security much more quickly than they would in Nashville. 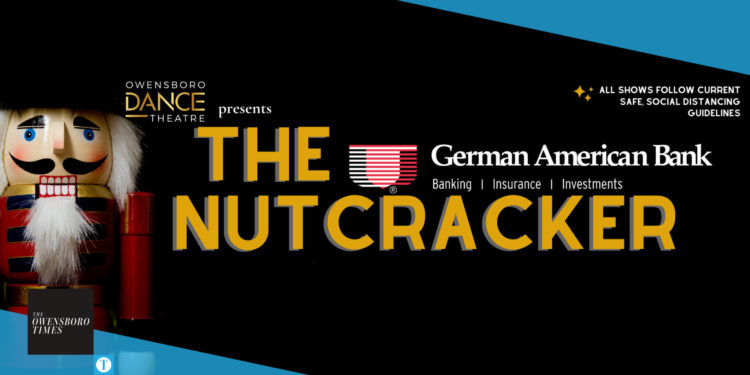 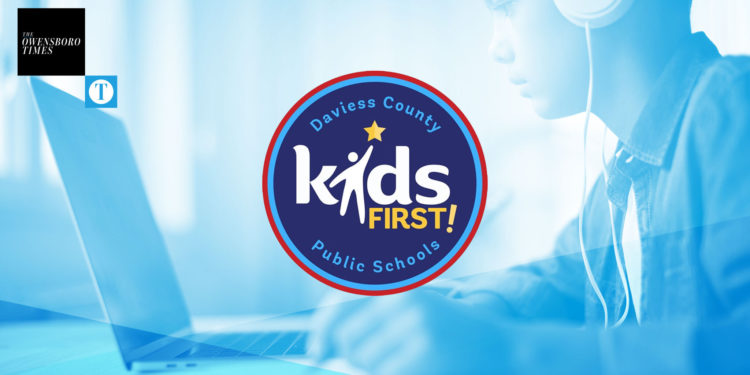