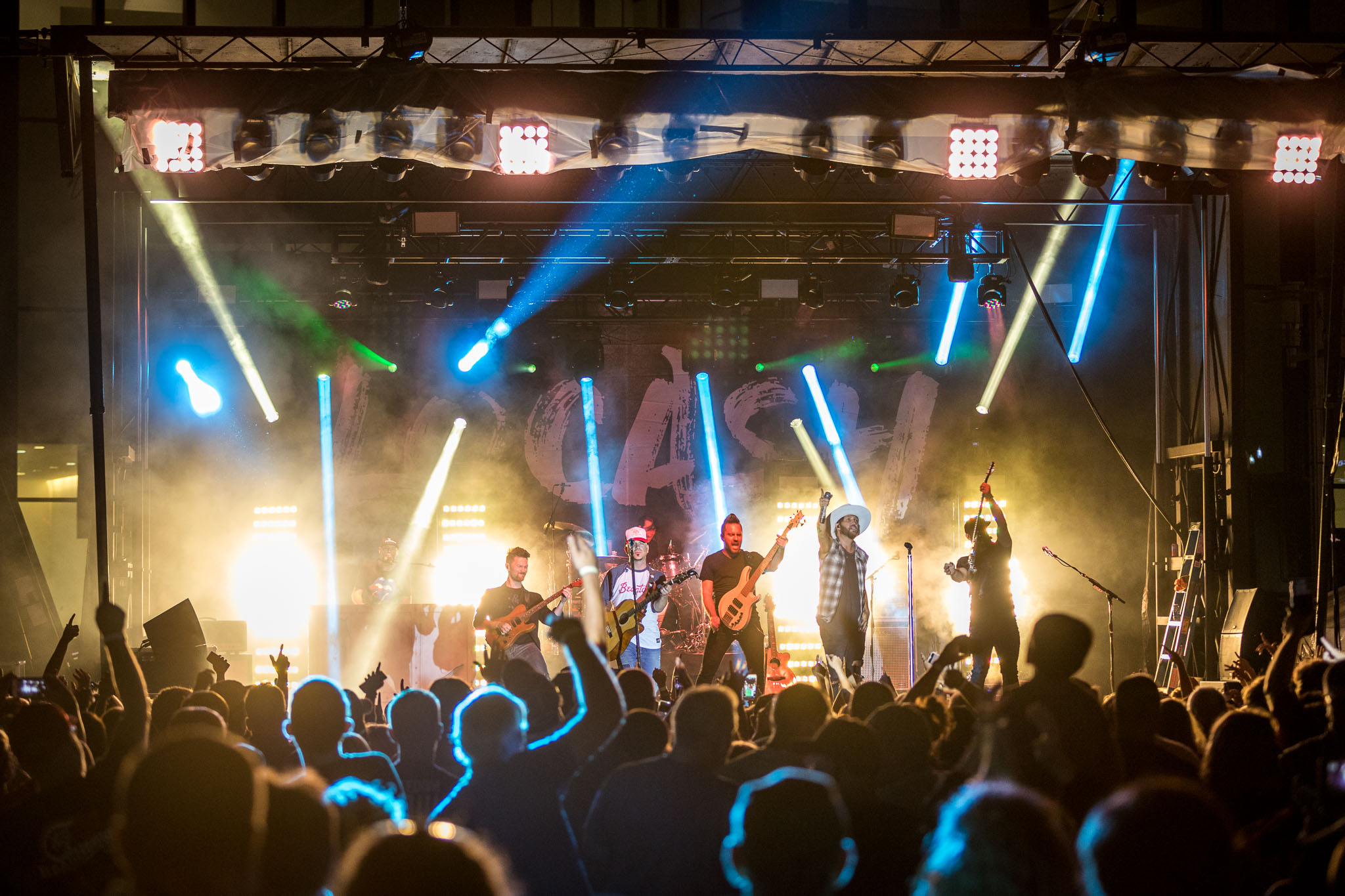 After two solid opening acts, LOCASH took the stage Friday night despite a rainy afternoon. A gentle breeze and near-perfect temperatures brought out thousands of concert goers. Teresa Thomas, executive director of Friday After 5, estimated the crowd at 5,000 to 6,000 people.

In the minutes leading up to the free concert, local radio announcers and Thomas acknowledged Duke Brubaker and Champion Ford for their support of community-wide events like this.  Brubaker even got in on the action, asking the crowd, “Who’s ready to hear their new song?” Cheers ensued from the pumped-up crowd.

Just a few minutes later, LOCASH opened with “It Don’t Get Better than This” to thousands of screaming fans, old and new. Arms waved in the crowd, some holding drinks, but most holding cell phones in the air. Their setlist included a mix of their original songs, including their new single “Feels Like a Party,” as well as several covers, ranging from Garth Brooks to Michael Jackson to the Backstreet Boys.

The front lawn of the Owensboro Convention Center provided a scenic backdrop for the free concert. Friday After 5 banners and tricked-out Ford F-150s flanked the stage. While most of the audience stood close to the stage, in the rear of the crowd, families relaxed in chairs while kids tossed frisbees. Later in the set, beach balls bounced from fan to fan, adding to the party atmosphere.

Exhibitors for the dog show, held in the Convention Center from August 23 to 26, were even able to walk over and enjoy the concert. At one point in the set, one of the lead singers mentioned the anomaly.

“We travel all over the country; we’ve played everywhere,” LOCASH said. “But here we look up and see a dog in the audience. Only in Owensboro!”

After mentioning a search for a location for an upcoming music video, hinting that Owensboro might be a contender, LOCASH acknowledged their appreciation for Champion Ford and the Brubakers.

“They believed in us when we were nobody,” the band said.