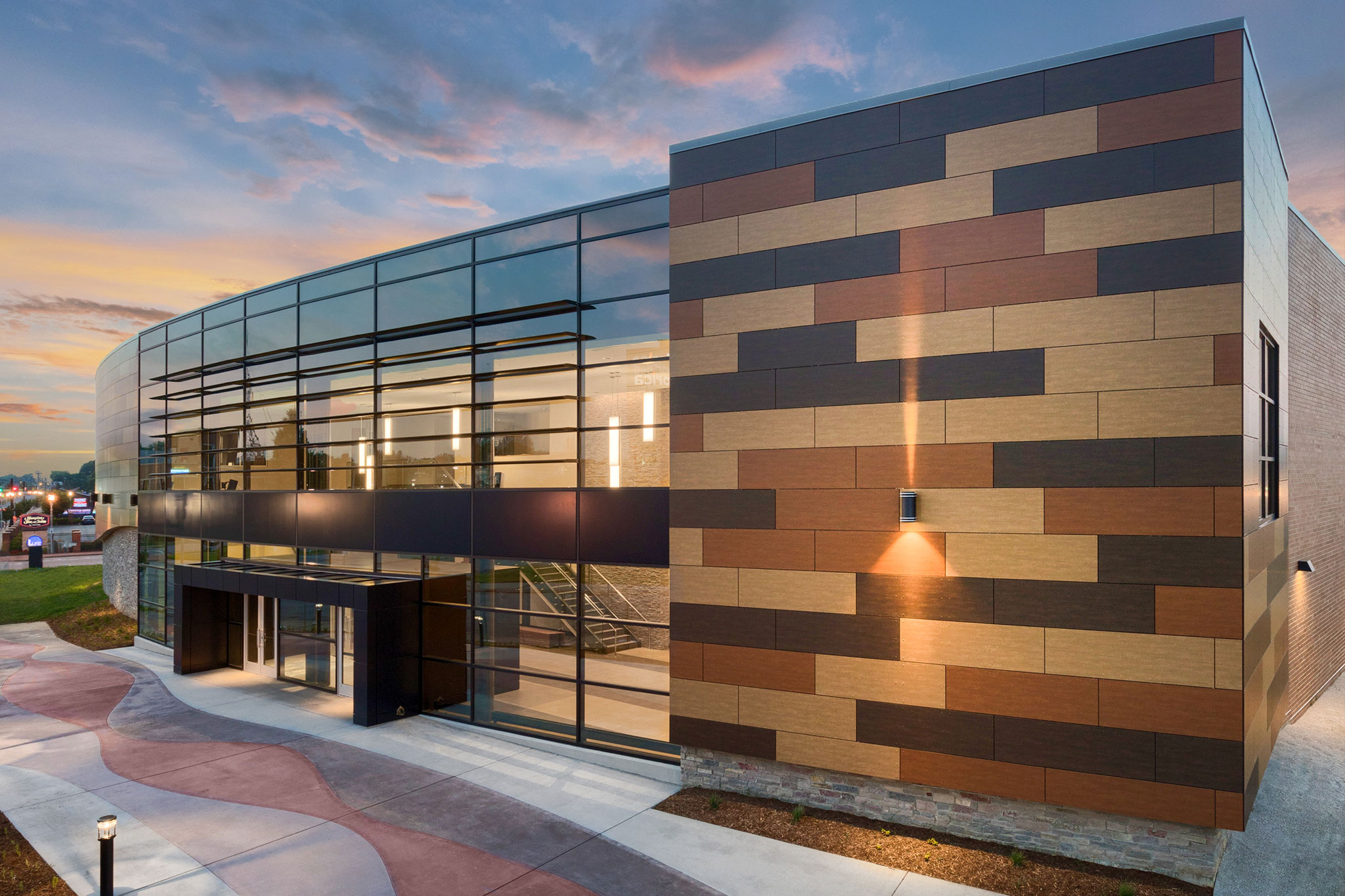 Peering out over the banks of the Ohio River, the Bluegrass Music Hall of Fame and Museum, a $15 million-dollar investment, adds to the aesthetic of the riverfront while paying homage to a timeless art form authentic to Kentucky.

The Director of Operations, Roxanne Tromly, said there are several additions to the new facility that set it apart from the former International Bluegrass Music Museum, beside the noticeable riverfront location change.

For starters, the size. The new facility is nearly double the previous space.

One of the most impressive additions is the state-of-the-art Woodward Theatre. With accommodations to seat 450, extra wide seats and built-in cup holders, the venue has features that make it an asset to the Owensboro community.

When asked what makes the Woodward unique, Tromly said, “The theatre itself is very versatile. We plan on having music on stage for the rest of the year, hosting Bluegrass on most Saturday nights. The venue is also equipped to be a movie theatre. We have flexible seating options throughout enabling us to try new things in the future.”

A full lineup of concerts has been announced for the Woodward Theatre, including Sam Bush, who is scheduled to play for the grand opening weekend, October 18 through 20. The rate at which this concert sold out may indicate that the theatre may very well be the right addition at the right time for Owensboro.

The ability to live stream such events and record within the walls of the new facility also set it apart from other venues.

The exhibit space is largely divided into eras. New artifacts will be housed within the newly designed space, and temporary galleries will be showcased every 12-24 months, creating an evolving living history.

“We have thousands travel in annually for the ROMP festival each June, we want to entice returning guests by keeping it fresh and new each time they visit,” Tromly added.

In addition to temporary galleries, guests can experience new areas such as a Video Oral History Project. Tromly shared that this area of the museum features stations that contain hours of history, straight from the source.

“For 10 plus years, historians have been putting together hours and hours of interview content, from anyone and everyone who has had their hand in bluegrass music and gifted it to us here in Owensboro. UK was kind enough to digitize all the content for us. You could become a Bluegrass historian essentially by sitting and watching the content within this room.”

The third floor of the Bluegrass Music Hall of Fame and Museum bodes a large space that can be used for facility rental and private events, along with a balcony that places the Ohio River center stage.

Popular events, such as spring and fall music lessons will continue to be provided at the Museum, as well as open jam sessions well into the future. Both remain widely popular and encourage education and community involvement.

Over the course of history, a variety of bluegrass songs have been compiled with lyrics pertaining to rivers. Perhaps since the Bluegrass Music Hall of Fame and Museum has found a new home on the banks of the Ohio, that same timeless inspiration will spill over into downtown Owensboro.

About the writer: Erinn Williams adores her hubby, cats, hardback church hymnals and a hot mess of okra. She’s new in town, trading in mountains and streams for soy fields and burgoo. She’s a little hillbilly in a great big world.