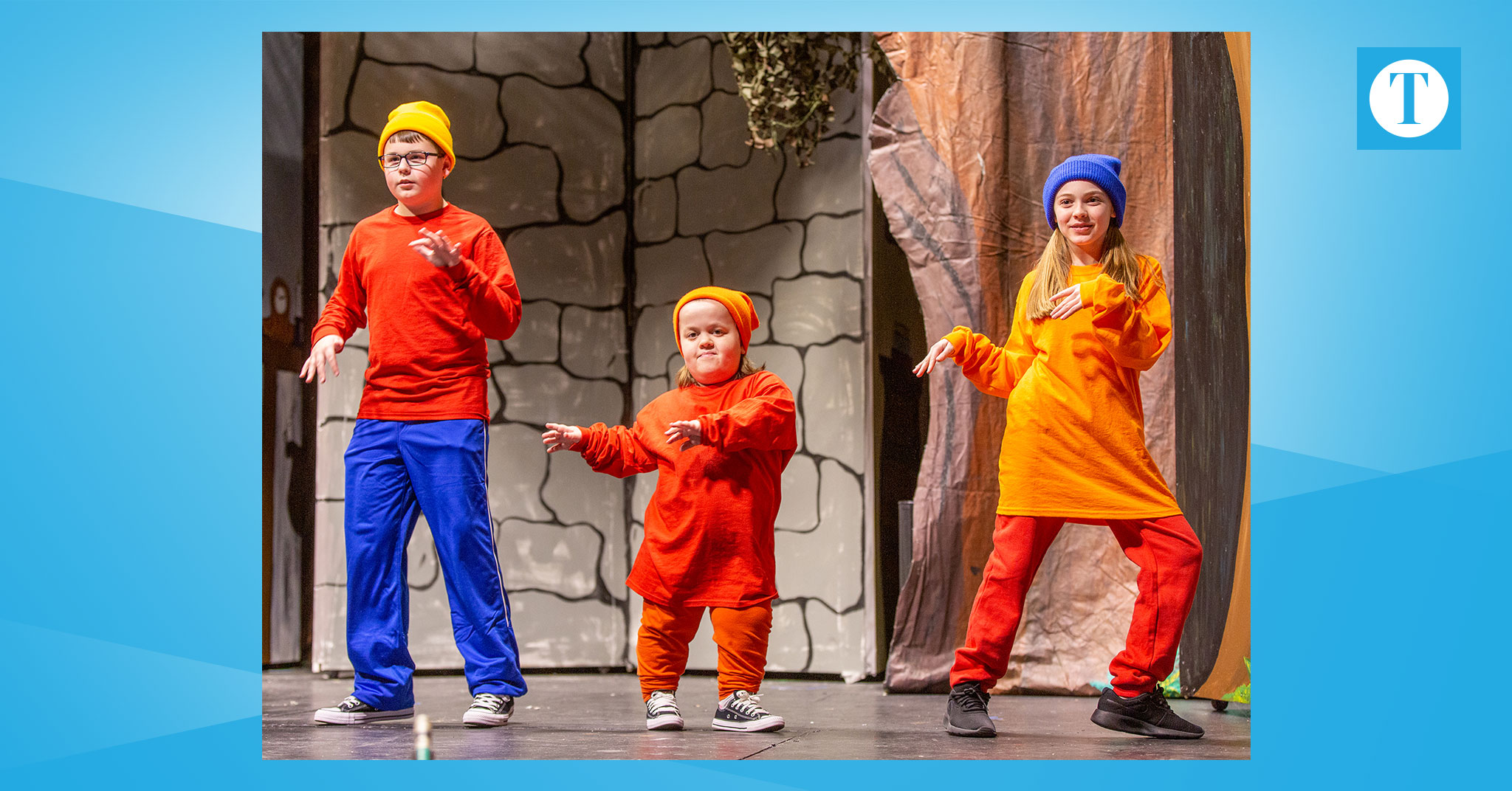 Lily Howard may be small, but her dreams are big. Those that know her say she's a natural, but audiences can see for themselves when Lily takes the Theatre Workshop stage in "Princess Whatshername" this weekend. | Photo by Jamie Alexander

Lily Howard may be small, but her dreams are big. Those that know her say she’s a natural, but audiences can see for themselves when Lily takes the Theatre Workshop stage in “Princess Whatshername” this weekend.

“My friends at school were in plays and I thought it was cool and I wanted to try it too,” Lily said. “I tried out for ‘Monster in the Closet’ and made it!”

And with that, the acting bug bit the nine-year-old. Lily’s father, Richard recalls how it all got started.

“We saw this a few years ago in her,” Richard said. “A co-worker is a member of Theatre Workshop and came up to me one day at work and casually asked if I know any kids that are good actors — TWO was needing some young talent. And that’s where it all got started.”

“Princess Whatshername” will be Lily’s second stage debut and she can’t wait.

“She wakes up in the Misty Forest and can’t remember anything,” Lily said of Princess Whatshername. “She can’t even remember her name!”

The plot of the musical is a whimsy adventure as the Princess tries to figure exactly who she is after her memory lapse in the Misty Forest. Along the way, she meets familiar fairy tale names who help her discover her true identity. Some are helpful and some are dangerous. Of course, there are a few Prince Charmings along the way.

In “Princess Whatshername,” Lily is playing one of the seven dwarves, Whiny.

“So I’m basically grumpy the whole show,” Lily said. “Not like wake up grumpy, but I want everyone out of my way grumpy.”

Whiny is in good company with fellow dwarves Rowdy, Giddy and Nosey who are Lily’s friends off stage and try to get her to break character.

“It’s so hard to play this character. It’s really hard to not be happy!” Lily said. “I have to really focus on my part and it’s so hard not to laugh because the play is so funny.”

Lily enjoys acting, but she understands that it’s a competitive field, especially in Owensboro.

“Once you try out, you get a little nervous because you don’t know if you’ll make the play or not. I feel that way every single time,” Lily said. “I tried out for Annie, but didn’t make it. There were so many talented people that tried out for parts.”

“We let her know that she’s not going to make them all,” Richard said. “She tried very hard and there’s a lot of talent in Owensboro. It’s unbelievable to see these kids perform. There are some great artists in this town.”

To make sure she’s prepared for an audition or practices, Lily spends countless hours memorizing her lines with the help of her supportive parents.

“My wife, Shellie, drives this ship and makes sure she studies and practices her lines every night,” Richard said. “Lily is very focused. I think she has a career in this if she wants one.”

Along with the support from her family, Lily has also garnered fans from her school too.

“My teacher at Owensboro Catholic, some of my friends and my reading teacher are all coming to the show,” Lily said.

Lily loves the dancing in the musicals just as much as the acting and talks about perfecting her dance moves at practice. Lily does note that she likes the songs in this play, but her favorite music to listen to is on the opposite side of the spectrum.

Lily is not sure if she’ll head to Hollywood when she’s older, but she’s enjoying the bright stage lights right now.

In the meantime, Lily is just focused on recruiting folks to come to the Empress Theatre and check out the musical.

“It’s funny and I think they’ll like it because it will remind them of their childhood because there are so many characters from different fairy tales,” Lily said. “There’s something for everyone.”

Opening night for Theatre Workshop Owensboro’s “Princess Whatshername” is Friday, March 8. Other performances will be held March 9-10 and March 15-17.

Tickets for the show can be purchased on the Theatre Workshop website or by calling the TWO box office at 270-683-5333.