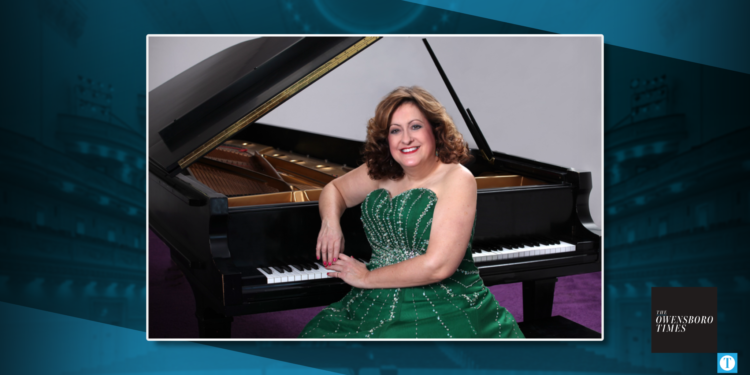 In July 2022, local musician Diane Earle will once again perform on the Carnegie Hall stage in New York City, serving as the principal pianist for “Jubilate: An Evening with Choral Masters.”

The event will feature a 250-person choir and will be hosted by Mark Cabaniss, who lived in Owensboro from 1984-89 and worked with Earle at Kentucky Wesleyan College.

Earle recently retired from KWC after 36 years of teaching. She currently serves as the music director at Settle Memorial United Methodist Church and pianist with the Owensboro Symphony Orchestra.

Earle said she was honored to be asked by Cabaniss to play at Carnegie Hall.

“Carnegie Hall, undeniably, is the top concert hall in the world,” she said. “There’s just nothing like it. The history of it is awe-inspiring.”

Earle’s first performance at Carnegie Hall was in 2005, and her parents traveled to NYC to see her play.

This performance will differ from that one in a few ways, Earle said.

“This is a world premiere of a choral composition about the story of Esther from the Bible’s Old Testament,” she noted.

This work will include a large chorus that features the piano, Earle said, and she’ll be performing a piano solo as well. The performance will last about two hours.

Earle has a number of other bookings in 2022 for which she’s excited. Along with her Carnegie Hall performance, Earle will be traveling overseas to play an Israel tour in March.

“I’m absolutely excited, especially after COVID,” Earle said of her upcoming performance. “Everything got cancelled last year. It’s nice to know everything is coming back.”

One thing Earle is most excited about is the chance to bring even more Owensboro talent to NYC for the show. When she was hired as the pianist, she asked if she could use Owensboro singers to perform in the 250-person chorus.

The concert will take place July 10, 2022, at 7 p.m. Singers from the Owensboro area who are interested in participating in the choir can contact Earle or visit truenorthpresents.com/jubilate for more information.

Home » Entertainment » Performing Arts » Earle playing at Carnegie Hall in 2022; asking those with choir experience to join her