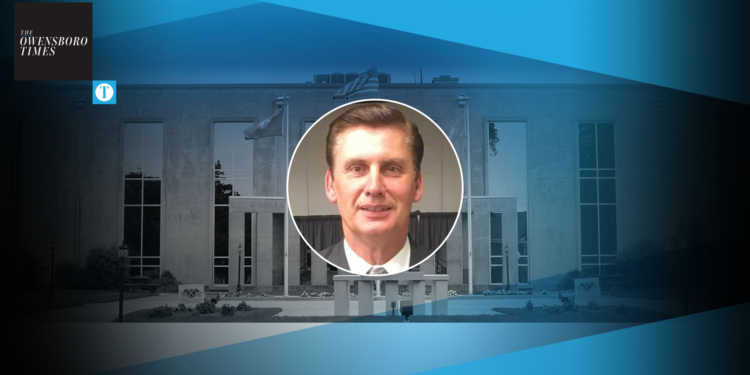 Jimmie Sapp announced he is running for Daviess County’s East Commissioner seat in the 2022 election. He said he would a commissioner for everybody and would open accessibility to the public if elected.

Sapp, who owns Twin Oaks Automotive, said that he believes many people have had difficulty with accessibility to the members of Fiscal Court.

“It’s not only in the East District, but it’s all over the county,” Sapp said. “I’ve conveyed to the Central and to the West [districts], ‘if you can’t get your commissioner to do what you’re needing or wanting, and it’s in his realm of things to do, call me.’”

After owning Twin Oaks for 27 years, Sapp said that he is looking to retire from the business and work full time as a commissioner.

He said he has developed a relationship with several community members and he’s heard several issues from the them.

One that he wants to help fix is the drainage and flooding within Daviess County. Should he be elected, he wants to work alongside the Judge-Executive and local farmers to produce a plan of how to fund and execute the project.

Sapp also said he wants a collaboration between the city and the county to build a transitional house for U.S. veterans and for homeless people.

The house would help get the people who utilize it back on their feet and ease the transition as they eventually move into their own housing.

When it comes to the taxes in the county, Sapp also wants to find a way to lower them or slow the increase.

“The two properties I own, they went up a combined total of almost $79,000 in four years. That is a huge hit,” Sapp said. “We need to start controlling our expenditures.”