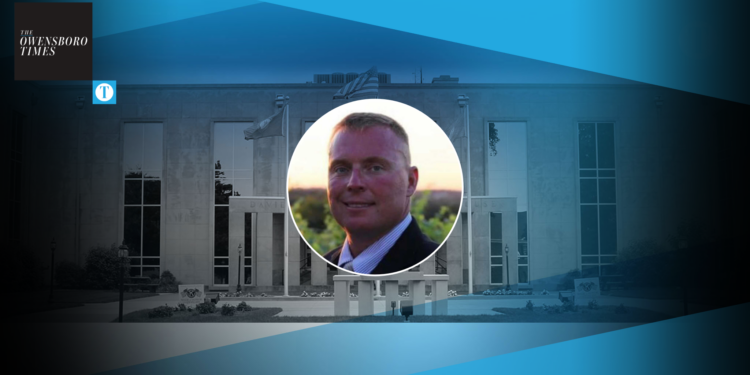 Mark Irby, who has held several positions for the County government over the past 20+ years, announced he is running for Daviess County’s East Commissioner seat in the 2022 election.

Irby said he started his tenure with the the County in 1998 before moving to several different departments including Parks and Recreation, animal control, administrative offices, jailer and more.

Now he serves as a chair member on the conservation board and works closely with the present Fiscal Court administration.

But he said it’s not his job experience that makes him want to run for the commission seat, but his love for Daviess County.

Irby said he’s seen the work the current commissioners have put in and wants to continue the future they are setting up.

“They’ve done great things. Under their leadership, great projects have been done and we’ve got a great future ahead of us. I want to be on board to see those projects get completed,” Irby said.

He cited projects like the Horse Fork Creek along with an upcoming groundbreaking on a new fire station.

If elected, Irby hopes to focus on employee retention throughout the county.

He also hopes to put in place some mental health and addiction programs to alleviate some of the stress. By promoting current programs and helping strengthen others, he thinks this mission can be accomplished.

He also wants to focus on the economic development of the county, including in Whitesville.

“If we all put our heads together for economic growth — and we need to do it now — you’re going to have a great brighter future,” Irby said.

With the economic growth of the county, he said there will be improvements for the Fire Department and Sheriff’s Office, along with improved infrastructure and fewer drainage issues.