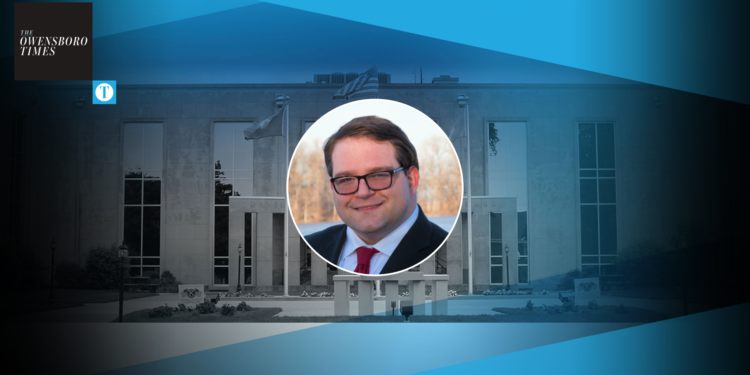 Tyler Sagardoy, a real estate development executive and business consultant, announced he is running for Daviess County’s Central Commissioner seat in the 2022 election.

“I’m running for commissioner because I believe in the transformative power of good fiscally responsible local government,” Sagardoy said. “Good government isn’t simply good management. It’s about having a realistic vision, and then that putting that vision into practice. I believe my vision is what’s right for Daviess County, and I have the experience to see it through.”

He believes that local government should be fiscally responsible and efficient in performing essential functions to the citizens of the county.

“I want to make small investments to existing programs that work because I know the returns to the community will be huge and will trickle to those who need it the most,” he said.

Sagardoy is a Owensboro native who graduated from Apollo in 2004. He received his bachelor’s degree in economics from Haverford College in 2009 and his master’s degree from Temple University in 2013.

Since 2016, he has worked with Lot Squared Development, a real estate developer in Washington, D.C. In his current role, Tyler oversees company strategy, talent management, and finance. With the onset of the pandemic, Tyler said he moved from D.C. to Owensboro to be closer to friends and family, to help others, and to serve his community.