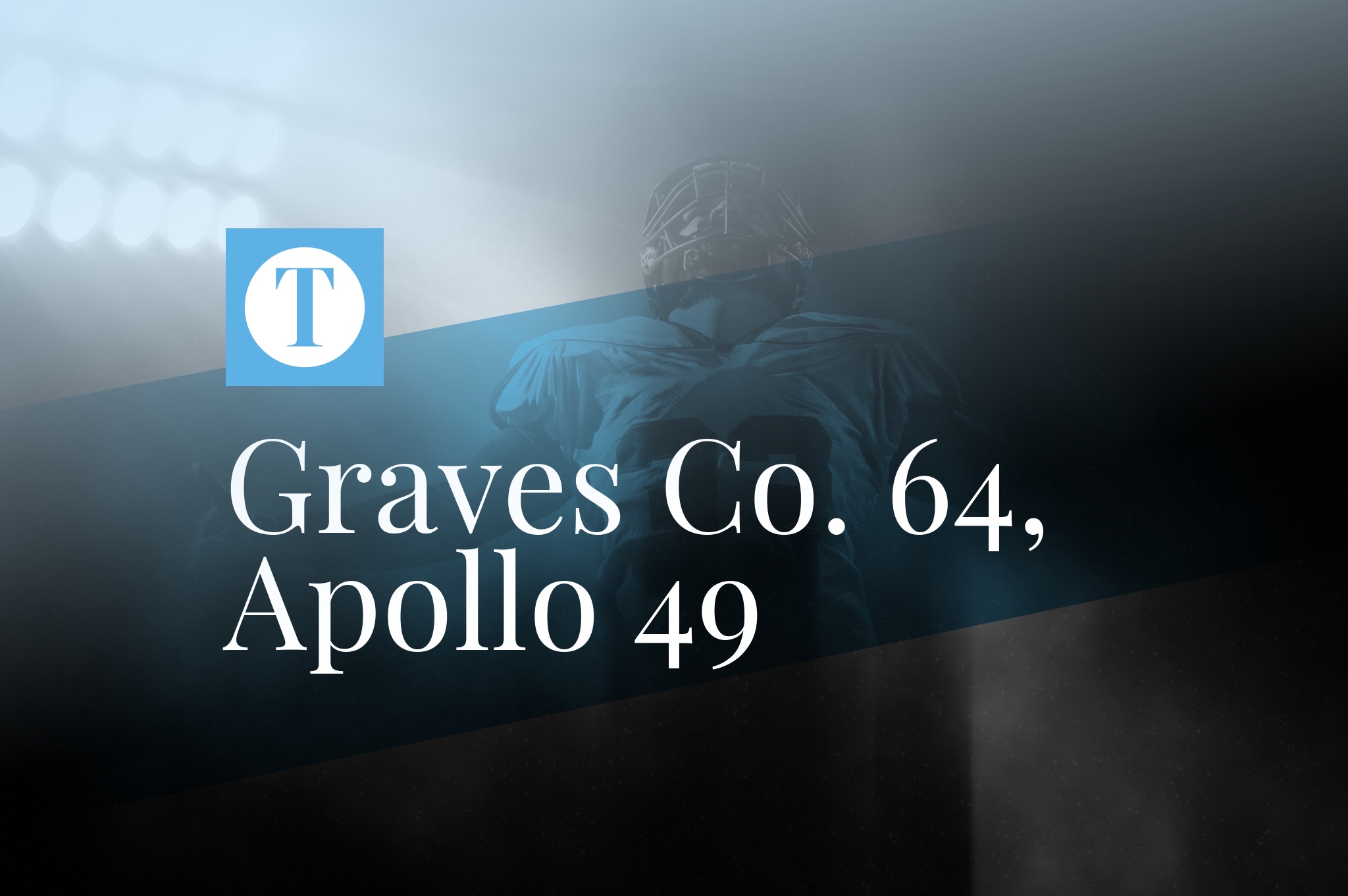 More than 500 yards of offense wasn’t enough for the Apollo football team, who lost 64-49 on the road to Graves County in a high-paced district meeting.

Apollo (4-2, 0-1 District 1) finished with 553 yards, but they gave up 606 yards and couldn’t stop the ground game of Graves County (2-4, 1-0 District 1). AHS head coach Phil Hawkins said he was happy the offense was able to click, but they simply couldn’t overcome the defensive outing.

“I think our defense played very poorly,” he said. “We couldn’t tackle. That’s the bottom line. When you’re getting in the 500-600 yard range, you’re doing what you need to offensively.”

The teams largely matched each other score-for-score throughout the game, though a Graves County touchdown late in the first half created some separation.

Apollo was the first on the board with a 60-yard run by Mariano McKenzie. Graves County responded with a 60-yard pass, but the 2-point conversion was no good. GCHS took the lead with a field goal on one drive, and they added a touchdown on the next. A missed extra point left their lead at 15-7.

Apollo quickly responded when McKenzie carried in a score from 30 yards out. They regained the lead with a 77-yard pass from Colby Clark to Daylin Crabtree.

Graves County returned the ensuing kickoff 95 yards, though Apollo again had a response. Clark hit Geoffrey Johnson for a 12-yard strike midway through the second quarter for a 28-22 advantage.

Graves County took the lead for good with a 29-yard touchdown on 4th-and-11, and they added another score with 12 second left in the half.

Hawkins said he doesn’t want Apollo to get in games with such a fast pace. He typically wants to slow everything down and control tempo. When Apollo gets into a high-scoring game, he said, they become vulnerable.

“One of the reasons I hate shootout games is if you’re playing from behind, you leave yourself open for some mistakes,” he said.

Though AHS threatened to regain control a few times in the second half, Graves County was able to match each score.

“It was a neck-and-neck game,” Hawkins said. “It had the feel of ‘who’s going to have the ball last?’ We never could get back. They shortened the game up on us and that was it. There at the end, they were in control. They were working the clock, and we didn’t have a lot to do about it. We couldn’t stop them.”

Gage Hayden started the second half by returning an interception for a touchdown for Apollo, but Graves County came back with a 45-yard touchdown. Clark then threw a pick-6, and that was enough of a cushion for Graves County take control the rest of the way.

Hawkins said he felt confident his team still had a chance at that point, but Graves County put the game out of reach after another touchdown with 2:41 to play.

Apollo now heads into a bye week, and Hawkins said the defense will be the main focus in practice.

“We’ll have to continue to work on shoring up our defense,” he said. “This is two weeks in a row someone has run all over us. We’ve got some serious work to do. Obviously it’s not the end of the world, but you’d like to be 1-0 in the district.”