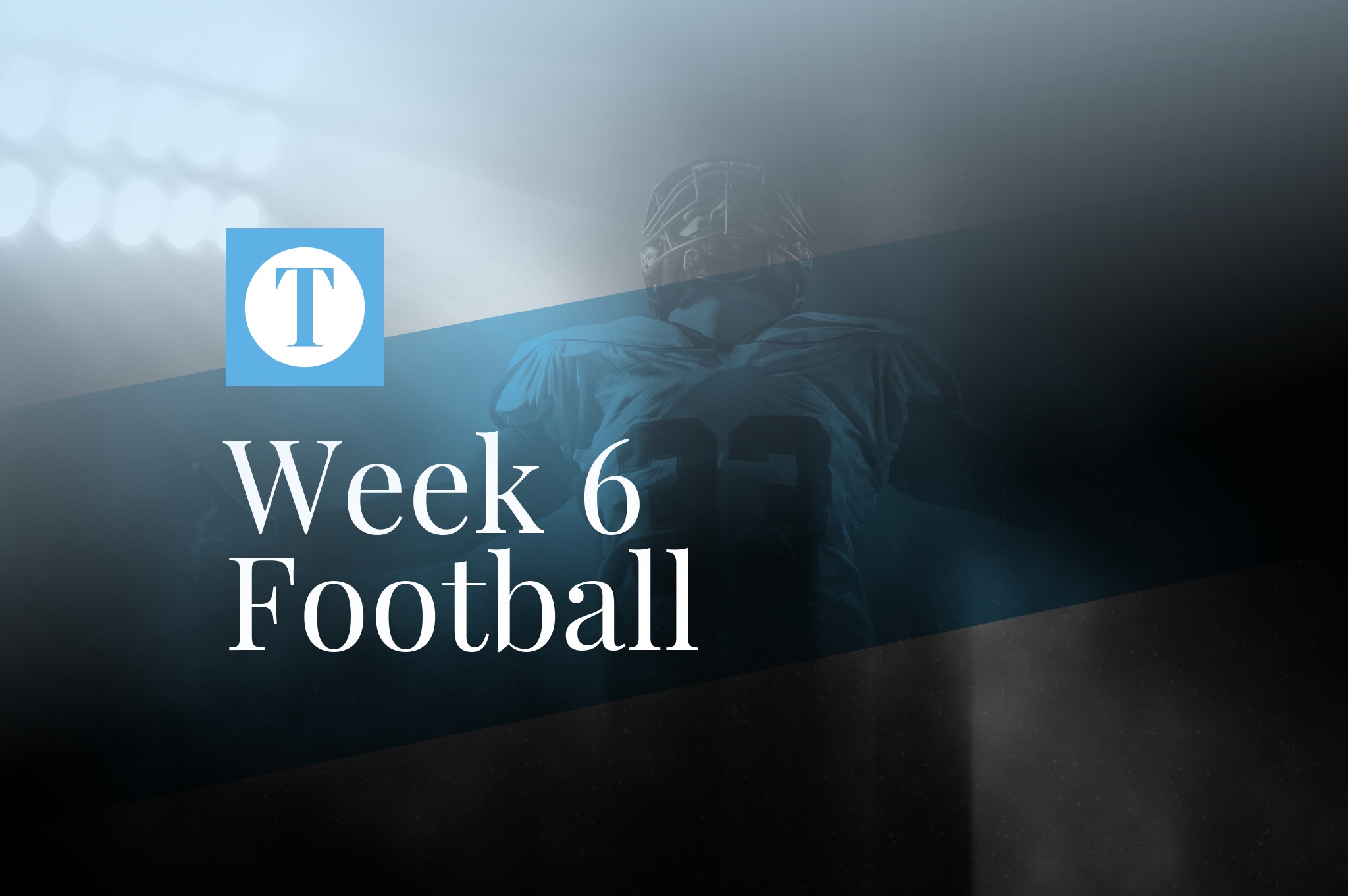 Three area football teams open district play this week, and each coach is making sure the players understand these are the games that really matter. While city-county rivalries run deep and provide plenty of bragging rights, its the next month of games that will truly start to define the outcome of the season.

Daviess County hosts McCracken County in the only home game of the week. Apollo travels to Graves County, and Owensboro Catholic is on the road at Butler County. Owensboro has the night off and will resume action when they travel to Christian County next week.

McCracken County (1-4) @ Daviess County (3-2) — Class 6A, District 1
The Panthers are looking to rebound from a 42-14 loss to rival Owensboro in a game where head coach Matt Brannon said they cost themselves chances to win. He said if DCHS would have played a better game, they could have put up a good fight.

After a game that was somewhat of an anomaly, the Panthers spent this week focusing on some of the basics, but they aren’t starting from scratch.

“I don’t know that we made any changes, but we definitely had some points of emphasis,” Brannon said. “Ultimately, we talked to our kids about beating ourselves. Offensively, we moved the ball up and down the field most of the night. I thought we could do the things we wanted to do, but at the end of the day we couldn’t put the ball in the end zone.”

Now, they face a team that’s given up the third-most points in Class 6A, but Brannon said the Panthers aren’t looking past their opponent. The two teams are familiar with each other, and they split a pair of meetings a season ago.

After losing 40-56 during the season, DCHS won 34-21 in the second round of playoffs. This year, the team has made sure they are ready the first time around.

“There’s more focus and attention in practice and film sessions,” Brannon said. “We’ve been preaching all week that the difference in the two games last year is the amount of preparation that we put into the playoff game. We were able to assess what we did right and wrong the first time we played each other. This year, we don’t want to wait until the postseason.”

The only win for McCracken County so far was a 38-27 victory over Graves County, and they’re coming off back-to-back losses. Brannon said he expects both teams to come out hungry to get back in the win column, especially with district play finally underway.

Apollo (4-1) @ Graves County (1-4) — Class 5A, District 1
The Eagles suffered their first loss in a week ago, falling 33-30 to crosstown opponent Owensboro Catholic. Head coach Phil Hawkins said Apollo didn’t spend too much time looking back on the loss, but will use it to improve going forward.

“We took the loss as an opportunity to build on what we were doing,” he said. “We looked at the things we didn’t do well and corrected them and tried to get back on track.”

As the teams enter their first week of district play, Hawkins said he’s hoping the players understand these games are the ones that really matter in the grander scheme of things.

“They’ve played a murderous schedule,” he said. “It can be deceiving. I made sure the kids knew day one that Graves County played a lot tougher schedule than we’ve played.”

Most recently, that includes a 51-26 loss to Mayfield. The only win came in a 41-21 victory over Murray to open the season. Hawkins said on film, this week’s opponent sure looks better than 1-4.

While they did some specific preparations for Graves County, Apollo mainly looked inward to get ready to bring home another win.

“Our focus has been doing exactly what your job is each play,” Hawkins said. “That’s where we faltered last week. I think we’ll be fine, but it’s not a given.”

Perhaps the biggest thing, though, is coming out firing in the first quarter. It’s something that’s plagued the Eagles at times, and Hawkins said last week was no exception.

“I think the one thing we have to do going in is make sure we don’t get off to a slow start,” he said. “That’s something that bothered us last week. We’ve scripted our offense so that we can get some points on the board and go fast and try to get things going early. They’ve proven they can fight back, but I’d like to see them out front a little bit.”

Owensboro Catholic (3-2) @ Butler County (0-5) — Class 2A, District 2
The Aces have been on a hot streak after returning from Evansville with an 0-2 record to start the season. Head coach Jason Morris said nothing changes this week, and the team is ready to take the next step toward their goals.

“We’re not going to let our record define who we are,” he said. “We’re trying to stress to the kids weekly that we have to take care of ourselves first and continue to get better at all the things that take zero talent, like your effort and your assignment. Our goal is to play every snap with the very best effort.”

This week they travel to take on a Butler County team that’s been outscored 208-37 and is looking for it’s first win. Morris said that doesn’t mean they can afford to slack off, and it starts with being being held accountable each day at practice.

“We’ve had a really good week of practice,” he said. “The kids seem like they’re selling into the fact that they know we have to get better every single day in order to reach the goals we want at the end of the season.”

Their end goals may not have changed, but Morris said the focus has to be even more precise as the Aces prepare to open up district play. The tournament isn’t for several more weeks, but the playoff race really starts now.

“It changes the focus because this starts the playoff run,” Morris said. “If you slip up in one of your district games, you’re not going to get home field advantage throughout the playoffs. We’ve got to take every week seriously to get that advantage.”

The two teams met last season in a 59-6 blowout in favor of the Aces, and while the numbers suggest this year’s game could end in similar fashion, Morris said his team is worrying about themselves.

“The expectations for this game would be to make sure we’re getting better at all the little things that we’re messing up that’s keeping us from beating teams as badly as we can,” he said. “Our expectation is to put four quarters of good, quality football together.”