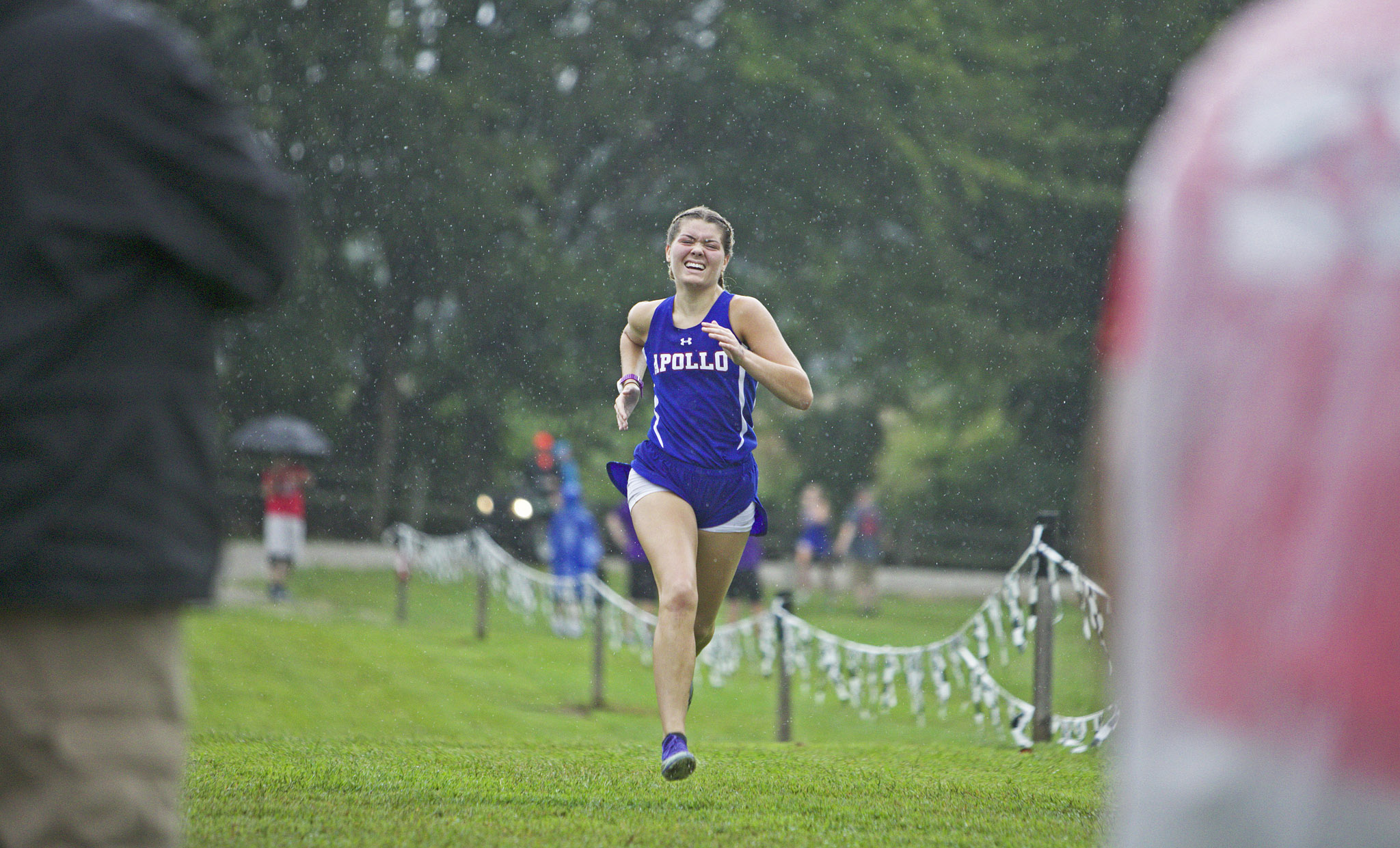 Sammi Roberts led the E-Gals to a first-place finish by claiming the top prize in the high school girls' race at the Owensboro Invitational. | Photo by Ryan Richardson

Top 20 individual medals, as well as school trophies for the top three teams, were awarded in both the boys and girls divisions.

HIGH SCHOOL RACES
The high school 5K races, which took place between elementary and middle school competition, got started just as the heavy rain started to fall. Apollo’s girls took the top prize behind a first-place finish from Sammi Roberts (20:37.00). Owensboro also had a pair of girls compete as individuals.

In the boys’ race, Owensboro Catholic’s Austin Stallings (16:15.56) blew away the competition for first place, though the Aces (132 points) came in fifth as a team. Apollo (55) came in second, while Owensboro (155) finished sixth.

MIDDLE SCHOOL RACES
The middle school boys’ and girls’ teams raced together due to the rainy conditions. The times were not available for either division.

The top girls’ 3K finisher was Lucy Spaw from Burns Middle School (57), who took third as a team. Kayley Payne and Bentlei Stallings came in second and third to lead DCMS (28) to victory. College View (57) finished in third with the help of fifth-place finisher Mallory Velotta.

About the writer: Laura Murphy is an 8th Grade LA teacher at Daviess County Middle School. She has three kids who keep her life interesting: Jonah, Lily, and Josiah. She survives on Grape Spark, Jon Gordon books and all things Grumpy Cat. 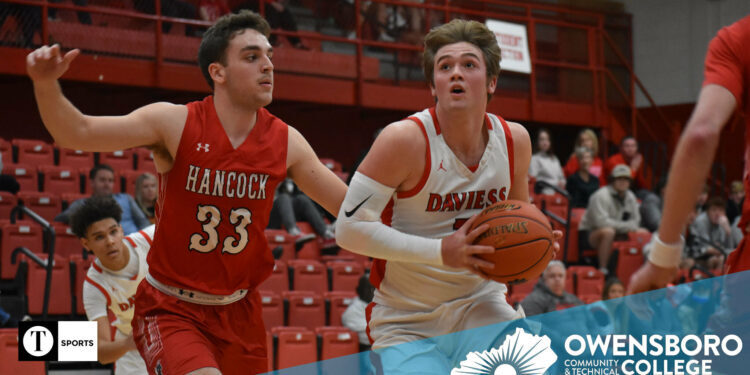