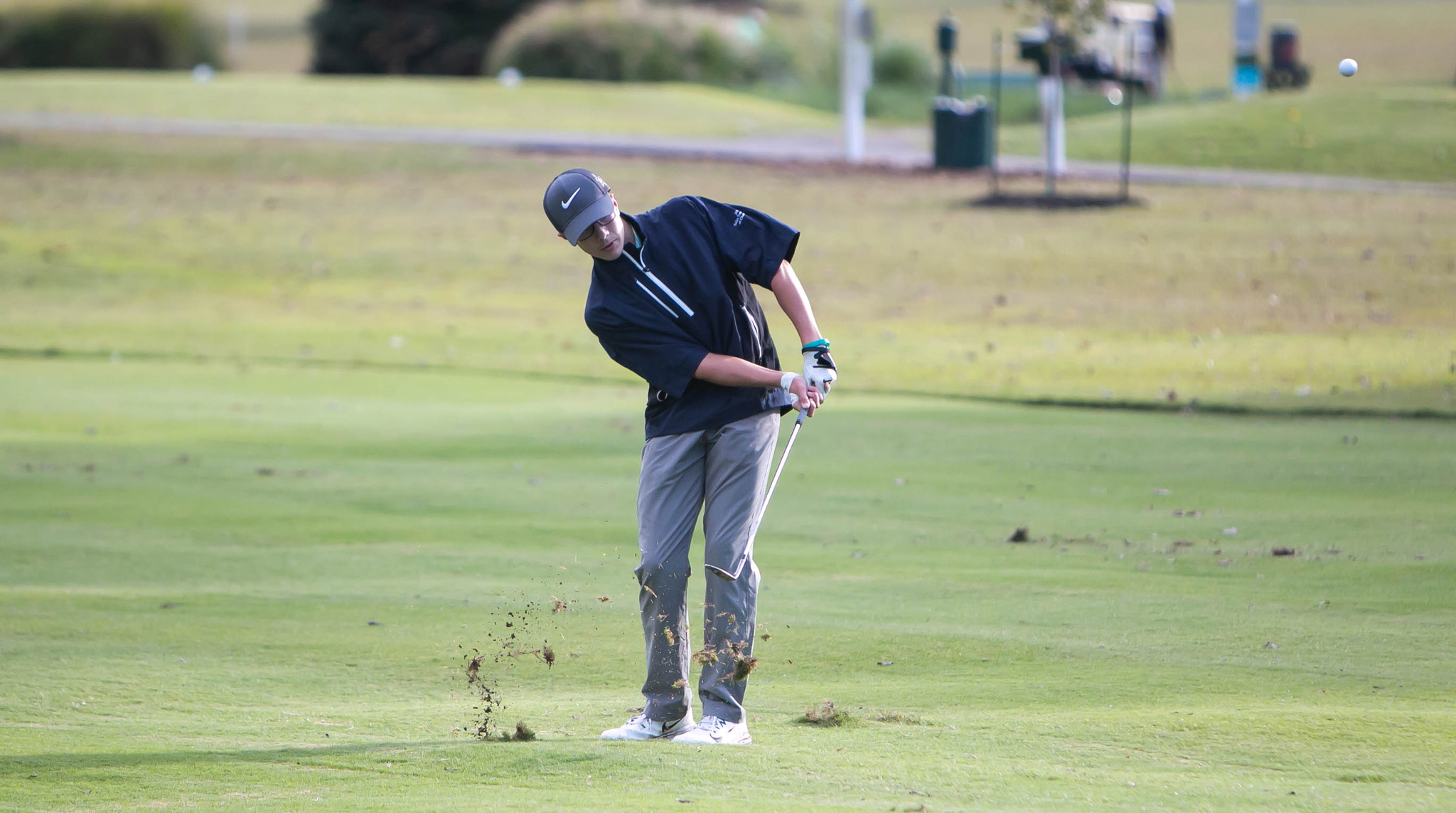 Jakob Wellman piped his final drive down the fairway, and an easy par capped off a round that earned him the individual medal in the Region 2 boys golf tournament. Wellman led Owensboro Catholic to a second-place team finish behind Daviess County.

As the top two finishers, Daviess County and Catholic earn automatic bids to next week’s state tournament in Bowling Green.

Aces head coach Bretnea Turner said her team was not expected to be a top contender. A field of evenly matched teams — behind the heavily-favored Panthers — mixed with subpar weather conditions left it up to the team that could stay focused mentally.

“We were truly the underdogs,” she said. “Nobody thought we would come out on top. For the first time ever, we had some serious competition, probably five or six teams, for that last spot, especially on a day that it’s raining. It was going to be whoever is going to be mentally sound enough and whoever stays composed.”

Wellman rounded the turn at 4-over-par but finished with 1-over 72, and the Aces finished with a 338. Daniel Love tied for second individually with a 74 to lead the Panthers to a 320 team score. Owensboro took fifth with a 353, while Trinity scored a 385 and Apollo shot 390.

“We knew it was going to come down to a stroke or two when they were on the green,” Turner said. “It’s nerve racking to play and work hard all year and then be that close.”

Turner said it truly took the entire team, and they have to give credit to 8th-grader Noah Johnson. He competes in the No. 5 spot, but his season-best round of 91 was fourth on the team and helped the Aces edge out Madisonville-North Hopkins by two strokes.

While the Aces were fighting to take the final qualifying spot, the Panthers were cruising to a sizeable win. DCHS head coach Lars King said he’s happy with a victory, but he expects even better rounds out of his team. He also thought they were at a disadvantage by starting on the 10th hole rather than the first.

King said the goal for the Panthers is to always shoot below 320, and they will have to shave a few strokes if they want to make the cut in the state tournament. They can’t settle for a dominant region win.

“The region is weak this year, so it wasn’t about beating the guys they were playing with or beating the rest of the field,” King said. “It was that we had to beat ourselves and our averages. If we can go out and shoot low 300s or high 200s next week, we can make the cut and be in top five contention.”

OCHS will be on of the youngest teams advancing to state. She knows it will be a tall task next week, but Turner said she can’t be happier with how the Aces handled themselves at regionals.

Other scores for OCHS were Reece Higdon (82) and Griffin Payne (93). The Panthers other scorers were Jesse Holton (78), Nick Johnson (80) and Brady Huckleberry (88).

The Aces and Panthers have a week to prepare for state, which is a 36-hole tournament played over two days beginning Oct. 5.