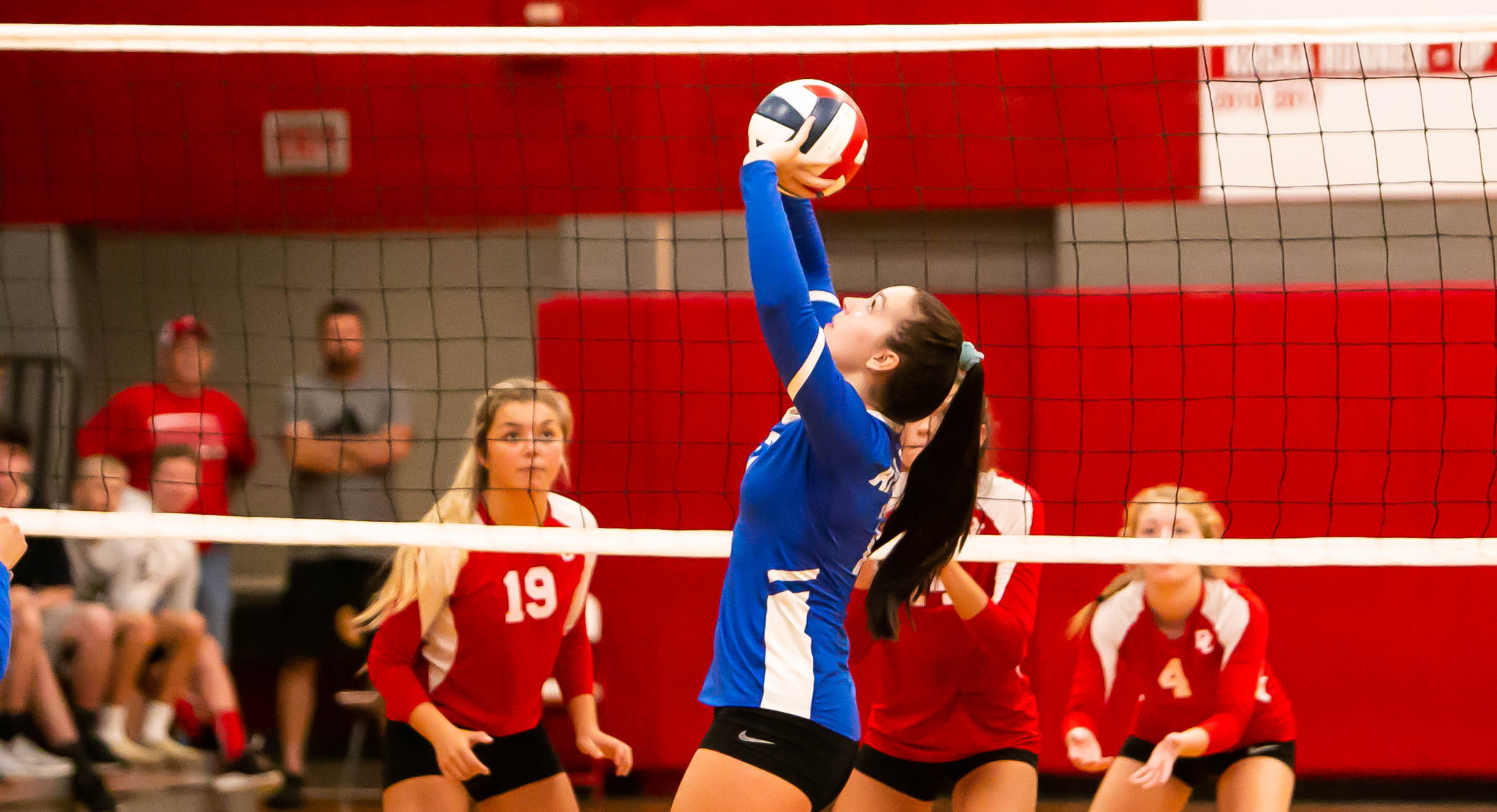 Carlee Widmer is leading the Apollo to a successful season in her senior year. | Photo by Ryan Richardson

The last season of Carlee Widmer’s high school career couldn’t be going much more perfectly. She’s helped lead the Apollo volleyball team to one dominating win after the next, and Widmer doesn’t have any plans of slowing down.

“It’s my last season, and I want to end it the right way,” she said. “We’re a huge family and it’s great to end it like this. We just swept the district and we’re sweeping the region, so we have a good chance to go back to state. That’s our goal.”

The E-Gals rolled through all six district matches without dropping a single set for the first time in team history, and they’re one match away from accomplishing the same feat against the entire region.

Head coach MaryAnne Howard said Widmer has played a vital role in leading Apollo to such a successful season.

“She has been tremendous,” Howard said. “She has helped control the matches perfectly this year. She’s so aggressive with dumping that she adds an extra threat to our offense because teams have to majorly respect her.”

It’s turned into somewhat of a signature shot for Widmer — getting in position for an assist but dumping the ball over the net for a perfectly placed point. She’s turned into a versatile offensive attacker, but Widmer said her game has improved all the way around.

“I can play defense now,” she said. “I know how to read people, I know where to do my tips now. I talk better with my teammates. We all contribute and play as a team.”

It may be a team effort, but Howard said the team still relies on Widmer, who’s had nearly a decade of experience. Widmer first started playing when she was still a fourth-grader at Burns Elementary, and she’s developed into a strong presence on the court.

“She’s getting the ball perfectly where it needs to be for our hitters,” Howard said. “She’s really done a phenomenal job of when we’re on the floor. There’s no confusion. Everything runs very smoothly due to her skills.”

Widmer said there’s a good chance they can make it back to state, and a major key has been playing as a team.

“There’s no selfish people out here,” she said. “We all want to go to state, so we’re all pitching in. There’s no good player or bad player. It’s everybody together.”

Still, she said she understands she needs to provide a good example for everyone else on the court.

Widmer does have plans to play collegiately but doesn’t know where yet. So far she’s been focused on making sure the E-Gals are as successful as possible. The rest will come in time, she said, so she just has to leave everything on the court.

“I’m out here playing my best game,” Widmer said. “I have to so I can go to the next level.”