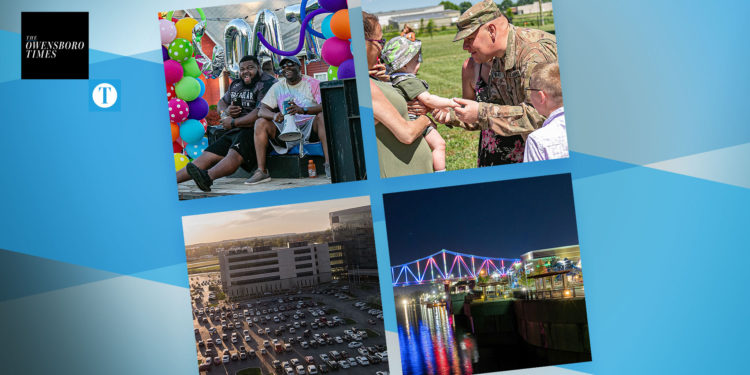 Well, 2020 was quite a doozy. This year’s “top stories” are ones that most people probably won’t remember fondly. So, the staff at Owensboro Times has decided to remind the community of a handful of the bright spots (there’s even a nod to a certain chicken restaurant on Frederica Street) in a year largely filled with gloom.

Even setting aside the pandemic and everything associated with it, Owensboro — like much of the nation — had a somber year. There were protests, the monument debate, a spike in violent crime, and big community losses in terms of both people (such as Jack Wells) and landmarks (such as Gabe’s Tower).

But let’s move on to what is worth pausing a little longer to remember. Whether it’s a simple feel-good story or one that is significant for Owensboro’s future, here are some of our favorite headlines from 2020, in no particular order:

Not many people can say they’ve had a tougher 2020 than healthcare workers. Even early on during the first wave of the virus, the community recognized what hospital employees were going through.

That’s why hundreds of people showed up one night in late March to show their support for workers at Owensboro Health Regional Hospital during a drive-in prayer vigil.

There have been other showings of support since, but the first one was truly special.

Armando Ortiz and Real Hacienda give back to community

Time after time during the pandemic, Real Hacienda owner Armando Ortiz has shown how big his heart is.

In mid-March, he gave away about 4,000 free meals in one week to those in need. When he had to stop due to the risk of drawing so many people to one place, Ortiz found other ways to give back. One example was when he bought more than 200 spray bottles and filled them with a disinfectant solution to give away with food orders.

He was back at it in November, when he gave away a few hundred more free meals for Thanksgiving.

The City of Owensboro had to restructure its All-American Fourth of July event. Instead of the annual downtown celebration, fireworks were launched simultaneously in eight locations within City limits.

City officials said the fireworks show was overall a success, and feedback from the community regarding the new format with multiple locations was largely positive. The City may consider the multi-site format for the 4th of July event going forward.

There’s no denying how much most people in Owensboro love Chick-fil-A. While it might not sound like a big deal on the surface, news of an extra parking lot spread fast and was well-received by the community.

For the first time in seven years, the Ohio River was illuminated by a dazzling light display as Owensboro celebrated the culmination of a lengthy relighting project on the Glover H. Cary Bridge.

Lights on the bridge were turned off permanently in 2013 after an accident occurred during the bridge’s repainting. The bridge was expected to be relit in December 2019, but it took nearly another full year due to waits on permits, technical setbacks and other holdups stemming from the pandemic.

Typically, Justin Kline holds a Vacation Bible School each summer at his home on the intersection of 5th and Poplar streets. Unable to do that this year, Kline and the community decided on a parade that would weave through the neighborhood and “bless the block.”

The parade — featuring local “heroes” Julius Maddox, Chad Morris and Travis Owsley — went as well as event organizers could have hoped for, with an estimated 500 residents in the Baptist Town area coming out in one way or another for a fun night in the community.

It may not be flashy or a tear-jerker, but news of Big Rivers moving its corporate headquarters from Henderson to Owensboro is a big deal for the local economy.

Young children sprinted to the outreached arms of their parents. Couples clung tightly together without saying a word. Proud parents shed happy tears from seeing their children again.

It was an emotional reunion back in June when nearly 200 members of the Kentucky National Guard returned home after spending almost a year deployed to the Middle East.

The unveiling of Owensboro’s Gold Star Families Memorial Monument in August was an emotional day for many, especially for those who laid red carnations at the base of the granite monument in remembrance of their loved ones.

The first of its kind in Owensboro, this long-awaited monument pays tribute to fallen war heroes and to the families who’ve been forced to carry on without them.

It’s important to note that time and time again, the community stepped up when things got tough.

Educators and other school staff deserve plenty of recognition for everything they went through. Adjusting to changes, finding new ways to teach, still delivering meals to children, keeping schools safe, the list goes on.

Individuals and organizations were hit hard, but they reinvested in their own community in a year where needs were greater than ever. There were countless donations and fundraisers to help keep local businesses afloat when things looked bleak.

There are plenty of opinions to go around on the pandemic and all that came with it. Our comment section proves as much. But in the end — one way or another — we got through this together as a community. 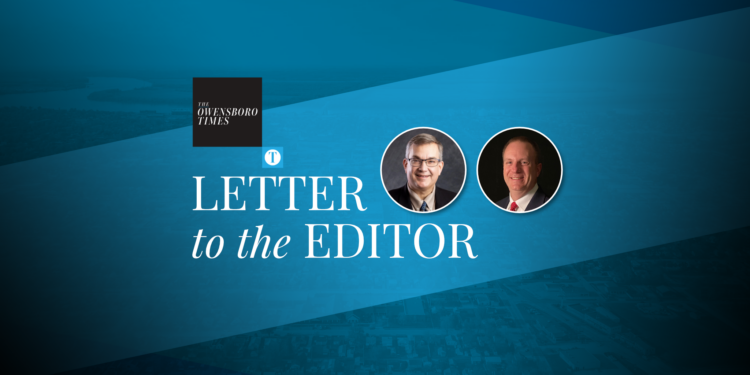 Smith-Rouse: Mask mandate the right thing for schools to do to protect children

Conder: What boxes need to be checked?